You are here: Home / OPL245 Economic Model with Back-in (Excel) 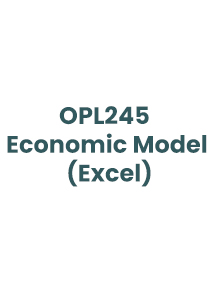 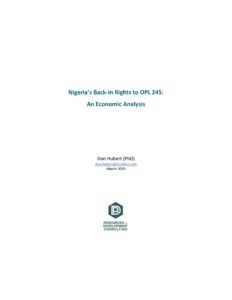 The payment of $1.1 billion by Eni and Shell in 2011 for the rights to OPL 245, a deep water Block in Nigeria, has been the subject of substantial controversy and legal action.

Three sets of fiscal terms have governed the licence: a 2003 production sharing contract (PSC) signed by Shell; the 2005 model PSC that applied to the Nigerian company Malabu, and the current terms applicable to Eni and Shell based on the 2011 Resolution Agreement (RA).

In November 2018, Resources for Development Consulting published the first public domain assessment of the impact of these different sets of fiscal terms on potential revenue for the Government of Nigeria.

Our analysis suggests that at $70 per barrel, the 2003 PSC terms would generate $14.3 billion in government revenue while the current terms (the 2011 RA) would generate only $9.8 billion. The potential reduction of $4.5 billion of future government revenue is due to the removal in the 2011 RA of the central feature of the production sharing system: a share of Profit Oil for the government.

The original analysis was widely cited in the media internationally (Financial Times, BBC) and in Nigeria (Guardian, Vanguard, The Nation). It was presented to leading anti-corruption organizations in Nigeria including the Anti-Corruption Situation Room, the Economic and Financial Crimes Commission, the Independent Corrupt Practices And Other Related Offences Commission, and the Financial Crime Committee of the House of Representatives. The report has also been submitted as evidence in the corruption trial currently underway in Italy.

One question before the court in Italy is whether the $1.1 billion payment represented a fair price for the Licence. In April 2019, we published an analysis of Shell and Eni valuations of the licence prepared before signing the 2011 agreement. Using numbers from the companies themselves, the report suggests that the reallocation of the government’s share of Profit Oil to Eni and Shell was central in justifying the $1.1 billion payment.

In response to the findings of the original report, Eni and Shell claimed that our analysis did not take into account the Government’s “back-in” rights contained in the 2011 RA. In April 2019 we published a report (and revised model) analyzing these “back-in” rights. We conclude that the government’s rights in the 2011 RA appear more restrictive than in Nigeria’s 2003 Regulations, and that Government revenue would be much less than under a normal production sharing contract (PSC). 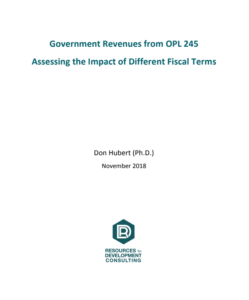 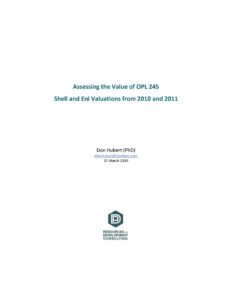